Mixing equipment selection has always been a basic and difficult task, not only need to fully understand the nature of the material (including physical and chemical properties, such as viscosity, consistency, solid content, density, corrosion resistance, etc.), also need to know the purpose of mixing or stirring (for example, dissolved, suspended, aggregation, etc.), also need to know about different stirrer (pusher blade and oblique blade, ribbon, emulsification, dispersion) of the working principle and advantages and disadvantages. Good selection of agitator is the basis of technology realization.

Here are some concepts about stirring:

I. definition, nature and purpose of mixture

The essence of the mixing process is a process that causes the non-uniformity of materials in the system to decrease continuously. It is a process that inputs mechanical energy into the stirring tank through the rotation of the agitator, so that the fluid can obtain the appropriate flow field (flow field), and carry out the transfer of momentum, heat and mass or chemical reaction in the flow field.

Stirring can be an independent unit operation in the field of fluid mechanics with the main purpose of promoting mixing, such as solid-liquid suspension, liquid-liquid mixing, gas-liquid dispersion, liquid-liquid dispersion and liquid-liquid emulsification. It is often a necessary means to complete other unit operations, to promote heat transfer, mass transfer, chemical reaction as the main purpose, such as fluid heating, cooling, extraction, absorption, dissolution, crystallization, polymerization and other operations.

Fluid is the general name of liquid and gas. It is composed of a large number of molecules that are in constant thermal motion and have no fixed equilibrium position. Fluid has a certain compressibility, liquid has a small compressibility, while gas has a large compressibility. When the shape of the fluid changes, there is also a certain movement resistance (i.e. viscosity) between the layers of the fluid.

The material will flow under the action of stress, and its rheological behavior has "Newtonian type" and "non-newtonian type", which depends on the structure of the material and its stress state.

Flow pattern: only the shape of streamline in the flow field is "qualitatively described", which is called "flow pattern". There are generally three basic flow types: 1. Tangential flow; 2. 2. Axial flow; 3. Radial flow. Three basic flow patterns can usually exist simultaneously, in which "axial flow and radial flow" play a major role in mixing, while tangential flow should be suppressed. Motion viscosity, said liquid under the action of gravity flow inside a measure of the resistance, with symbol υ, said the value of the dynamic viscosity of the liquid at the same temperature and the ratio of the density, in the legal system of units of measurement in m2 / s, said general was commonly used mm2／s. It is customary to use St or cSt as the non-statutory units of measurement. The conversion relation between them is: 1m2 / s = 106mm2 / s = 104St = 106cSt.

Based on RUMI's years of experience and research, we believe that the following elements should be considered in any hybrid device design and selection:

2. Properties of the mixed material: viscosity of the fluid; Consistency; The density or specific gravity of the material; Corrosiveness, etc

5. Technological requirements or characteristics of the mixing process.

6. Analyze and study the characteristics of various agitators, especially the flow field/flow pattern generated by agitators. 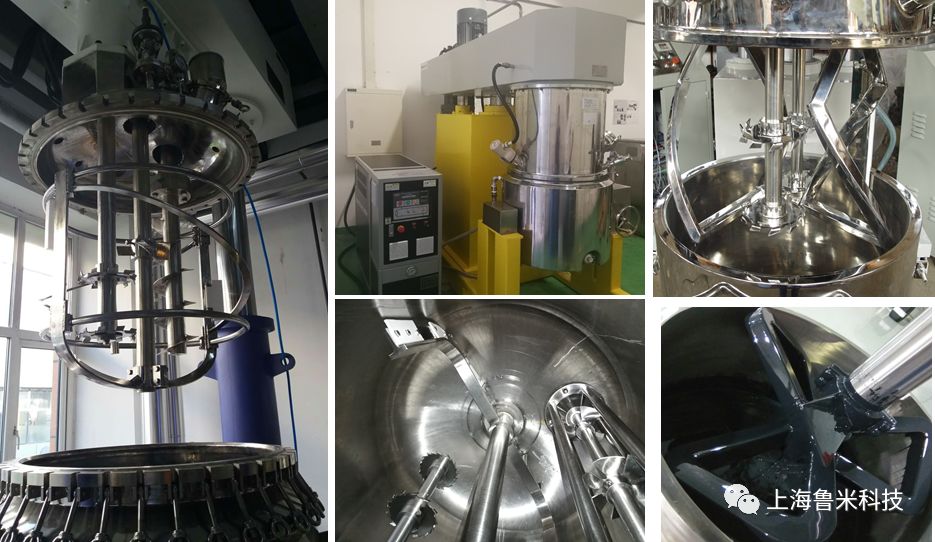 Rumi has a team of engineers from chemical industry and machinery industry. They are all came from "professional class"and have many years for material mixing and reaction process of design and operation experience,

Rumi people are willing to work with research institute, college, communicate with their peers, the masses of users  to learn, explore and research, especially strengthening basic theory research, and closely tracking the world development trend of mixing equipment, on the basis of the solution satisfing the requirement of technology of mixing, to offer better package solutions for users.