Automatic weighing method has become the mainstream choice of complete sets of equipment in fine chemical industry. It is widely accepted for its high stability, high measuring accuracy and wide application range. This paper briefly introduces the working principle of weighing system.

The weighing terminal or weight transmitter processes the weight signal into the corresponding weight data.

Notes for the selection, installation and debugging of weighing module:

Weighing module selection, generally according to the supporting point of the container to choose a set of 3 or 4 as a set of the measuring range of the module, due to the existence of the weighing body (container) and vibration impact, off-load and other factors, generally it is selected according to the following rules. Multi-sensor static weighing system: fixed load (platform, container, etc.)+ variable load (load to be weighed)≤ rated load of the sensor selected × the number of sensors × 70%, of which, 70% coefficient is added considering vibration, impact and off-load factors.

Pay attention to horizontal adjustments, including horizontal adjustments between the mounting plane of a single module and a set of weighing modules. When welding the sensor can not pass the current, when welding the roof, the ground wire should be connected to the scale body, when welding the bottom plate, the ground wire should be connected to the foundation, to prevent damage to the sensor. If there is a feeding line on the scale, it should be replaced by a hose, or make the connection line as long as possible, to prevent them from eating the real load of the sensor and causing error. To weld a weight counter to the container for checking. Generally, there is no place to place the weight on the container, so a platform needs to be welded to place the weight. It is usually welded to the bottom of the container so that the weights can be placed up and down. The junction box must be protected from moisture and any excess holes must be plugged with a sealing plug. If the junction box is installed outdoors, it must be protected from rain. In the use of the connection box due to damp caused by the fault happens frequently, so must cause enough attention.

Before debugging, it is necessary to check whether the top nut of the supporting screw of each weighing module has been loosened and whether the sleeve is in free state, otherwise, a large error will be generated and even the weighing cannot be achieved. Check each parameter debugging, factory set value is in line with the actual needs, especially the "reset" boot parameters, factory are set to "boot automatically reset", the container scales instead of "no boot automatically reset" best, prevent due to power outages and other reasons, when turned on again, the material weight of the container is reset and lost. The range setting does not refer to the rated total load of a set of weighing modules, nor does it include the weight of the container itself. Instead, it should be based on the maximum material weighing, and choose the weight greater than or equal to the maximum weight given in the specification as the range. The power supply voltage of the weighing display must meet the requirements. If the voltage is not stable and exceeds the allowable range, it will cause digital drift. It is better to use a regulated power supply. Because the weighing system composed of electronic weighing module is easy to realize automatic weighing process and easy to connect with computer, it will be more and more widely used in chemical enterprises.

1. The weighing module shall be applied to measure materials

Generally speaking, the current tank liquid measurement, most of them are measured by scaleplater or flowmeter. But both are measured in volume, and then converted to weight based on the density of the liquid. Due to the density and temperature and other factors, the error is relatively large, although there are mass flowmeters, but because of the high price, the general enterprises rarely used, so the electronic weighing module, directly weighing the weight of materials is more economical and practical.

2. The weighing module shall be used for liquid level indication and control

Liquid level is an important control parameter in chemical production. In general, in addition to the field level indicator, a transmitter is usually used to convert the level signal into a standard electrical signal or gas signal and send it to the control room. However, this method, in addition to the above mentioned changes in density caused by the liquid level error, there may be due to material crystallization, blockage, and other false liquid level, and even lead to accidents in serious cases. In addition, because the measuring part of the transmitter is in direct contact with the medium under test, for some corrosive media, it is necessary to choose expensive corrosion resistant materials. But the weighing module does not directly contact with the medium under test, the above defects do not exist. And you can choose the weighing display instrument with analog output interface, connecting to the recorder, regulator, automatic recording and control.

3. The weighing module is applied to the occasions where there are strict requirements on the material input

There are some production processes have strict requirements on the amount of material, many enterprises are directly on the measuring tank on the ground to control the amount of material. But when ground balance maintenance or verification, the need to use lifting equipment to lift down the metering tank, it is more trouble. If the electronic weighing module is adopted, there is no hoisting problem because the measuring tank itself is used as the scale body, so the maintenance is more convenient. 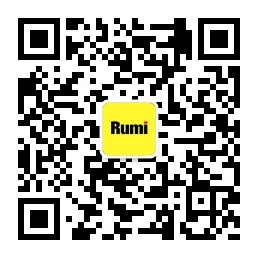